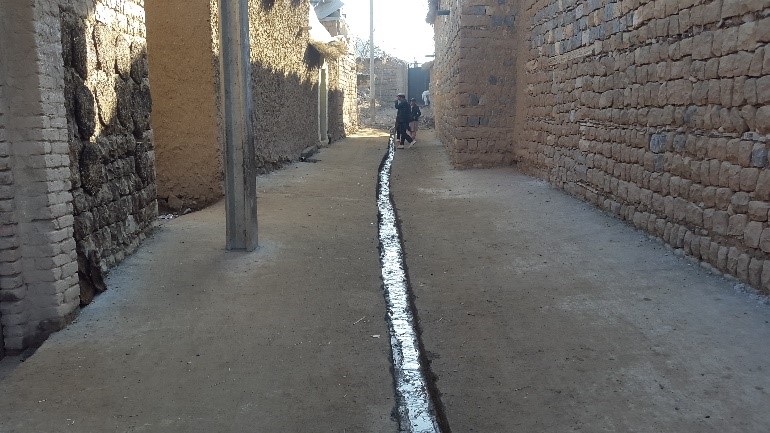 PRDS under the partnership of UNDP initiated the restoration of basic infrastructure in the village Addu Afridi and has formed a Community Network comprising of 15 members and opened a joint bank account with PRDS. After the broad based meetings with the members of community networks they prioritized the construction of street and drainage line which was 1523 feet long and 9 feet wide with 627 feet drain and 4 culverts.

45 years old Gul Raqeeb Khan Resident of village Addu Afridi worked in Karachi for 20 years to earn bread and butter for his Children.

During rain or after so many days of rain the condition of street became so worse that no one could easily commute. When anyone need to visit hospital the family members used to put the patient on their shoulders and carry out to the road side as no one was ready to come in his vehicle because of the sticky mud and stagnant water in street. He further added” I am thankful to PRDS and UNDP for the sanitation they have constructed as know we can move from one place to another with someone support and can attend marriages and funerals”.

Imran Khan a community elder and President of CNW Addu Afridi said” Our children had skin infections and other water borne diseases due to stagnant water. People of village disappointed before this work that no one addresses their issues. I am very happy and thankful to UNDP and PRDS who resolved our trite problem by constructing street pavement and drain.